The Red Bull Elements took place on Saturday the 14th 2013. For the second time I was in charge of TV/video production on this exciting relay race in Talloires, France, in the beautiful area of La Tournette and the Annecy lake.

The setup turned into an interesting challenge when we suddenly had to organize a live setup for l’Equipe 21 (biggest national sports channel) ; 6 or 7 times over the day, two journalists in Talloires went live on national TV. Feeding these 90 minutes with exciting footage was made possible with the presence of a helicopter and a cineflex, and solid HF links sending signal to the production van. A replay server was used to build short recaps and ‘best-of’ edits, allowing journalists to comment on previous moments of the race and how the top teams were doing in the different disciplines. In the end we managed to pull it off, getting great content for the live bits and all the creative angles required for the webclips and post-produced edits. 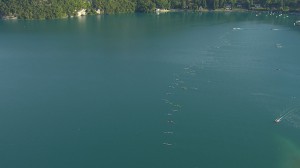 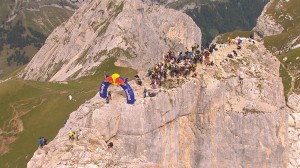 Besides this live production setup, 9 cameramen were spread out over the race course, coordinated by radio and using live tracking on athletes to direct them to the right spot at the right time. This content was used to produce the newscut, web clips and TV show. Many thanks to the teams and athletes who cooperated with us on this shooting! and in particular to teams Young Guns and Smash.

The ‘Event clip’ followed a few days later. This clip emphasizes the immersion into the race,  following team Young Guns over the day. The emphasis was put on collecting various audio assets from the 4 disciplines to reinforce the immersive experience on that clip. The clip can be seen HERE. 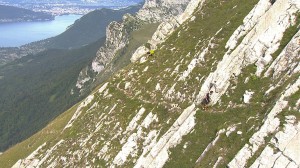 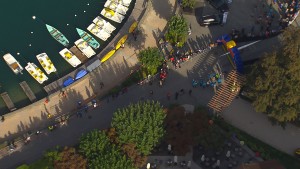